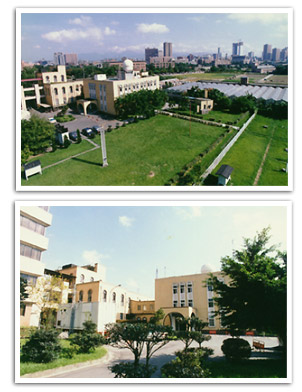 Ten years after being established, the department was in a stage of slow growth. There were no significant changes in the faculty. Not until the graduate school of Atmospheric Sciences was established in 1982, did the number of faculty members increase and the department step into a rapid expansion stage again. In the 1980s, due to quick economic growth in Taiwan, the environment for teaching and research has improved. Also, the Central Weather Bureau has stepped in to a modernized and computerized stage. Meanwhile, the influence of our teachers on domestic atmospheric sciences has been more and more significant. For instance, several professors headed by Ching-yen Tsay dedicated themselves to developing a numerical weather prediction system with the Central Weather Bureau and participated in domestic weather prediction modernization. In 1987, lead by Prof. George Tai-jen Chen, all faculty and meteorological administrators conducted a Taiwan Area Mesoscale Experiment (TAMEX), which was designed for mesoscale meteorology of heavy rain.The graduate program offering PhD degrees was set up in July, 1987. Our department can offer complete training from the Bachelors to the PhD level. Since the studies in the atmospheric environment field have been increasingly emphasized, our department divided the graduate program in M.S. degrees into two groups. Group A majored in Atmospheric Sciences, and Group B majored in Atmospheric Environment. The establishment of Group B not only enhanced the studies in the atmospheric environment field but also offered another channel for non-major undergraduates pursuing advanced studies. From 2002, Group A has been available for graduates majoring in the Atmospheric Sciences related field while Group B is for non-majors. Thus, talent from different backgrounds can be recruited. Recently, teaching and research in both software and hardware have been improved. Endeavoring to cultivate talents in atmospheric sciences, our department has 18 full-time teachers (including 2 jointly appointed teachers), 20 students in the PhD program, 83 students in the Masters program (40 in Group A and 53 in Group B), and 140 students in the Undergraduate program.